Cannabis, Marijuana, Mary Jane, and Weed are just some different names for the organic substance that has had a polarizing effect on the country since the tumultuous 60’s. Currently, Cannabis use is undergoing a social and legal upheaval in more than half the states in America. No longer considered a dangerous narcotic by much of the population, the ramifications of legality in reference to possession, personal use, distribution, and cultivation are viewed with acceptance by most legal institutions. However, far from being easily interpreted, laws in individual states differ considerably. On a larger scale, state laws and federal laws do not agree on how to control this “drug”. As with any new laws, there is going to be a period of transitional acceptance on one spectrum and steadfast control on the opposite spectrum. To compound the confusion, laws will be different across various state lines.

In the past, regulation of cannabis was easy. It was against the law, period. Now, however, with the recognition of medical marijuana (MMJ) and further, recreational marijuana (RMJ), laws need to be developed or rewritten entirely to accommodate different methods of acquiring, use, sale and cultivation of the plants States that allow MMJ but not RMJ will need to insure existing laws are incorporated with new legislation to avoid duplication. It’s much more complicated than just saying”It’s Legal!!”. With legality, whether it be medicinal or recreational product, there are many risks and opportunities involved.

One of the primary business concerns is funding. There are 23 states where cannabis is legal. Noteworthy is the fact that Cannabis in any form is illegal on a federal level. Given this fact, banks, who are federally funded institutions, will not accept applications or funding of business loans for the purpose of selling or cultivation of cannabis. The Federal Government still has marijuana listed as a schedule I narcotic on par with heroin. In states where the plant is legal, funding must come from private venture capitalist companies. There are many already in the business of start-up capital and funding of loans for entrepreneurs interested in the business of cannabis.
Opportunities abound for research and development of different strains and strengths, as well as hemp-based products and delivery methods. There is collective gardening, food based concentrates, medical devices for delivery and pharmaceutical identification of psychoactive strengths just as any other medications available. Additionally, with the legal acceptance of recreational marijuana, policing and identification of impairment when driving, areas for use, (home vs public) must be developed. Since cannabis impairment cannot be quantitated like alcohol impairment, there is not currently a method for such identification. Those in the business of cannabis need to keep a keen eye on applicable laws on a daily basis as laws change. There are specialty law firms available for businesses who want to stay on the right side of the laws to facilitate success for their investments.

For those of us who grew up in the 60’s when marijuana discussion and usage was relegated to the “back room” one might be shocked to see how mainstream it has actually become. There is a myriad of opportunities for creative entrepreneurs. Indeed, there is a cable television series called “Bong Appetite” and there is a tourism company called “Cali Kush” tours, based in Los Angeles and Hollywood. One can tune into a cooking show that uses the many different varieties of weed-infused ingredients to bake, make full ethnic meals such as Indian Cuisine and Mexican Cuisine and virtually any kind of cuisine. Food is all prepared in a kitchen with a pantry stocked full of Sativa, Indica or hybrids. There are actual dried plants in apothecary jars, oils, salts and every other ingredient a top chef, (which they employ for the show each week) may require to bring succulent dishes with a kick put together.
There are employment opportunities for strain experts who are as educated as any chemist in producing palatable edibles. It’s like a trip (pardon the pun) to the “Twilight Zone” while watching the cooking process and then the subsequent dinner parties where diners nosh on fancy Julia Child style meals and getting more and more relaxed. Finally, but certainly not final, is the branding of cannabis. “Blue Dream”,,”Green Crack” and “Green Daddy Purp” are but a sampling of the unique names given to the no longer elusive plants. Noteworthy is the total cannabis market in 2014 grew to $2.7 billion, a 74% increase from 2013. In 2018, when California legalizes recreational cannabis, the projection is $7 billion a year for the state.

Whenever business opportunities grow, there will be groups and lobbies that develop for exchange of ideas and collaboration on laws. For example, the state of California has the “Los Angeles Cannabis Task Force” comprised of business owners. There is a concern that if allowed, the combination of single license to grow and sell could result in Mega Manufacturing and Mega Chain Stores. Governor Brown of California has answered these concerns by limiting a single business ownership to three stores and farms greater than of four acres. Regulation in Washington, California and California require:

Governor Brown (D) California is requiring that one law covers all cannabis, both medical and recreation. He sees California as “a blueprint for the rest of the nation”
There is significant preparation for the roll-out of recreational marijuana to combine with already legal medical marijuana: 14,000 cannabis business leaders and investors; 630+ exhibitors ready for serious business discussions at the “Marijuana Business Conference and Expo” August, 2017 in Las Vegas.

The current federal administration is moving in the opposite direction from the progress of states regarding all forms of cannabis. The federal government has not removed marijuana from the scheduled drug list. As previously mentioned, in the eyes of the federal government, cannabis, in spite of research indicating otherwise, still considers it a drug as strong as heroin. Our current Attorney General of the United States wants to enforce a mandate with maximum penalty for sellers and users of the plant. Jeff Sessions, Attorney General, ardently opposes the smoking or consumption of marijuana for medical AND medical marijuana. The current administration holds on to the vintage belief that marijuana is linked to illegal use of painkillers. It is noteworthy that in states that cannabis is legal, opioid use among seniors has declined due to the pain relieving action of marijuana. NASDAQ.Com States that recreational and medical marijuana are slated to grow a total of 300% between 2016 and 2021, totaling $17 billion. Being a Capitalist society, it seems unlikely that the surge of approval will be turned back.

There is a law in favor of the states. In spite of the federal efforts to reverse the progression of an entire industry, there is a law preventing this from happening. It is the Rohrabocher-Farr Amendment. This law prevents federal funds to prosecute businesses that are functioning legally under state laws in the state they do business.

Although Mr. Sessions holds the belief that weed is a “gateway drug”, facts are in opposition to that belief. In 2015 there were 20,101 opioid-related deaths and zero
cannabis-related deaths during the same time period. Additionally, with pharmaceutical companies dipping into the business of non-psychoactive component of marijuana (cannabinoid CBD) for treatment of childhood epilepsy, it appears the states will remain protected from Federal overreach.*

At least in the area of Epilepsy, the Federal Government has approved use of cannabis for treatment of the disease:
“After 3,800 years of cannabis use for epilepsy … we finally have solid evidence,” said Dr. Orrin Devinsky, lead author of the study and director of NYU Langone’s Comprehensive Epilepsy Center. www.epilepsy.com/dare-defy-seizures/our-editors/orrin-devinsky-md 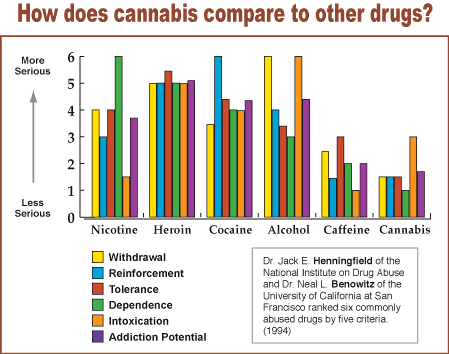 It’s been a long time coming and as mentioned, very polarizing in society, but marijuana is legal in half the states of America. Business groups and Corporations are very interested in staking claim to their piece of the pie. It has proven to be a lucrative business opportunity for the states that have already legalized both recreational and medicinal marijuana. Formerly primarily smoked, now there is an almost infinite number of ways to ingest the plant or it’s oils and derive the benefits sought after. Many laws regulating every aspect of the business are already in place or eminent. As the country moves forward it would seem inevitable that the Federal Government will be forced to design their laws to agree with the States Laws and set forth many new regulations.

Emerging Laws Regulating Cannabis
The Business of Marijuana and State Regulation
The article gives the current regulations of marijuana and its derivatives in 2017 with proposed target dates for consolidation of laws to cover both medicinal and recreational use. Special emphasis is on the State of California since recreational use will be legal in 2018 and the Governor intends to pave the way for other states’ laws.

Sharon A. Moore
Former RN, CCRN (retired)
Spent 12 years practicing in the State of Arizona and an additional 5 years in the State of California. Former team leader for the development of Standing Orders for Alcohol and Drug Withdrawal Protocal for a major Arizona hospital